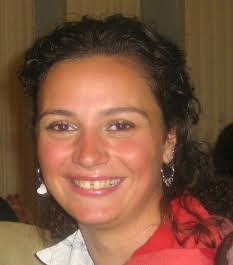 Fatma Coşkuner received both BA and MA degrees from the History Department at Boğaziçi University as well as another MA degree in Russian Studies from the European University, Saint Petersburg, Russia. Her master’s thesis at St. Petersburg was entitled “Constructing and Describing Russian National Identity: Russian Patriotic Culture through the Eyes of Leo Tolstoy during the Crimean War.” She also completed another master’s thesis entitled “The Ottoman Official Discourse and Its Reflections during the Crimean War”, which was based on a comparative understanding of Ottoman and Russian discourses of the Crimean War, at Boğaziçi University. She is a doctoral candidate in Art History at Koç University in Istanbul.

Fatma’s current research focuses on the cultural encounter between the Russian and Ottoman empires in the nineteenth century. She is specifically interested in how painting affected the
changing socio-political trajectory starting in the nineteenth century and in how this was reflected in these two empires. This subject includes the establishment of court painting as an institution in the Ottoman Empire and in how Orientalism contributed to this development. She is also very much interested in nineteenth-century Russian literature and the intersection of literature and the visual arts. Her other interests include the iconography and semiotics in the historiography of art.